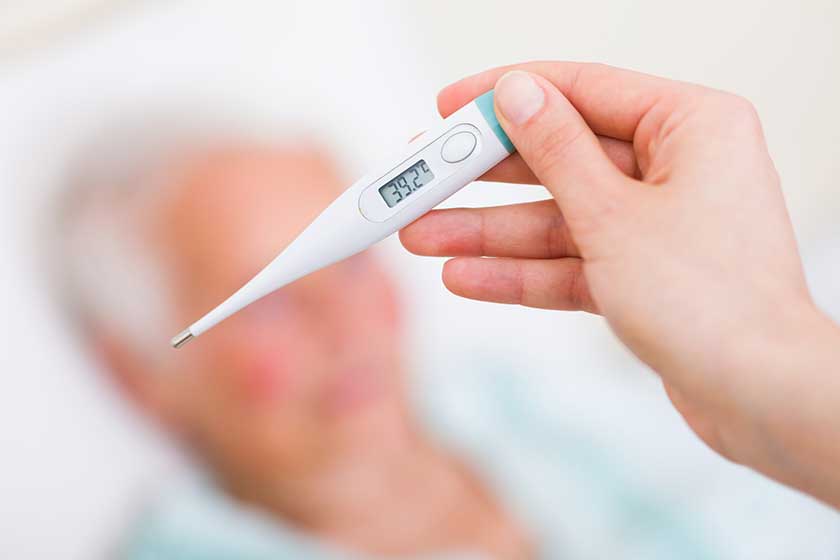 Pneumonia has become one of the most dangerous infections that aging adults face, and many underestimate it. However, studies show that in the United States alone, pneumonia in the elderly leads to the deaths of more than 30,000 people per year, with up to 250,000 becoming hospitalized and requiring respite care.

Where Does Pneumonia Come From?

Pneumonia has been described as a respiratory-based infection that creates inflammation inside the lung’s air sacs, which are named alveoli. These sacs might fill up with pus or fluid, which makes it harder for oxygen to travel throughout one’s bloodstream. This in turn can lead to breathing issues as well as chills and fever. The disease is typically caused by either a virus or bacteria.

This disease may affect a single lung or both. If both lungs are affected, the affliction is referred to as double pneumonia. However, the symptoms aren’t necessarily more severe than single lung pneumonia. Instead, the severity will depend on one’s age, source of the infection, and the individual’s overall health. Data from the Centers for Disease Control indicates that individuals over the age of 65 are at the greatest risk, but younger people may also develop it.

What Type of Symptoms Does Pneumonia Present?

The most common symptoms which are associated with pneumonia consist of:

The symptoms for those who are advanced in age might differ slightly. For instance, it isn’t unusual for elderly people to display a normal temperature or a mild fever at worse. However, they might not be as alert as usual and in extreme cases might appear confused due to their memory becoming comprised. If you notice these changes in yourself or a loved one, you should speak with a doctor immediately.

How Dangerous Is Pneumonia in the Elderly?

Although their symptoms might seem mild in comparison to younger people, pneumonia is quite hazardous to aging adults because their immune systems are usually not as strong, which puts them at a higher risk of complications. The disease can also progress faster and this is why research consistently shows that the majority of fatalities that are associated with this condition occur within the 65+ age group.

How to Prevent and Treat Pneumonia

There are a number of simple and affordable things people can do to prevent pneumonia. The first and most obvious is to wash your hands frequently. While this might sound like common sense, not washing your hands adequately after preparing food or using the restroom can cause you to contract the condition. Eating a balanced diet rich in vegetables, fruit, lean proteins and whole grains is another method of prevention. Those who are smoking will certainly want to stop, as this terrible habit compromises the lungs.

The most common approach for treating pneumonia once it is contracted is through antibiotics and other medications. You must take these in the exact manner and schedule provided by your physician because if you don’t the disease could return and the next time the bacteria might be more resistant.

Touring Memory Care Program: Your Checklist Of What To Ask
April 25, 2022