Excessive Sleep In The Elderly: Is It Normal? 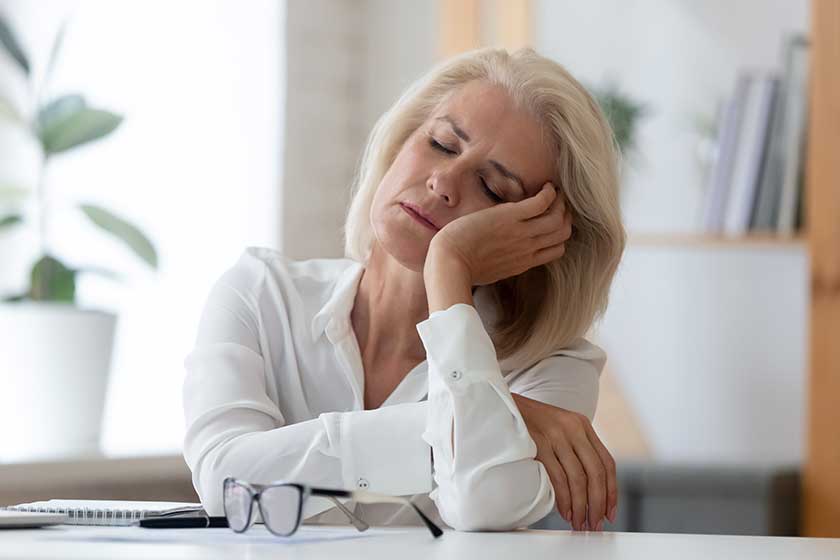 Sometimes excessive sleep in the elderly occurs during the day. It could be the result of interruptions that occur while they’re trying to sleep at night, either because of bad sleep habits, a noisy environment, medication side effects, or chronic pain. Below are some personal care tips that can help treat this condition.

As a person advances in age, they will often get less sleep than younger people. Elderly individuals often wake up at night because of pain from arthritis, or because they have an overactive bladder. With age also comes greater sensitivity to sound and temperature changes. While all this is normal to a certain extent, there are things you should watch for.

For instance, if you determine that either you or an aging family member is sleeping excessively during the day, it could be a sign of a medical issue. Most cases of excessive sleepiness, especially during waking hours are the result of sleep deprivation, which can come from a variety of causes ranging from drinking too much caffeine to chronic pain in the joints.

Another common culprit is medication. Those residing in living communities who regularly use prescription or over-the-counter drugs for conditions such as allergies, Parkinson’s disease, elevated blood pressure, or depression may sleep more than usual due to the side effects. If you believe this is the source of the problem, consider speaking with your physician to find healthier alternatives, especially natural remedies.

Health Conditions That Cause Frequent Sleepiness

One condition that can cause an individual to sleep more than usual is dementia. Those afflicted with this ailment may manifest a variety of sleep-related symptoms, particularly as the condition advances. It isn’t unusual for patients to sleep a lot and appear more agitated than normal during their waking hours.

Another condition that has been linked to sleep deprivation is depression. While both young and elderly people will sleep more than usual when they are depressed, the behavior is quite prevalent among those who are advanced in age. According to the Centers for Disease Control, between one and five percent of those above the age of 65 are depressed, which might be triggered by the loss of a spouse, medical condition, or neurological changes.

Sleep apnea is perhaps the most common disorder that people suffer from. Those who have it will stop and then start breathing repeatedly during the night. As a consequence, they will often appear sleep deprived during daytime hours and may doze off while snoring loudly. Some people also develop headaches and sore throats.

How to Treat Frequent Daytime Sleepiness

The treatment for excessive daytime sleepiness will depend on the cause, which should be diagnosed by a doctor. Solutions might involve switching medications or using natural remedies, and taking supplements that can alleviate iron deficiencies. For some, avoiding caffeine and taking a nice warm bath before bed is the best way to get a good night’s rest.

Teaching Your Elderly Loved One About Fire Safety
April 17, 2022

An In-Depth Guide To Looking After The Elderly
July 12, 2021